This epiphytic and sometimes lithophytic species is endemic to Australia from southeastern New South Wales to northeastern Queensland and is found at elevations of 30 to 1300 meters in lowlands and mountains along streams and in open humid forests with 6 noded, smooth, cylindrical stems clustered tightly together, enveloped by sheaths and carrying 2 to 4, apical, ovate, glossy, dark green leaves. It blooms from mid-winter till mid-spring on a short to 4″ [5 to 10 cm], fairly dense raceme that arises from the upperleaf nodes of old and new canes and carries 2 to 12, sweetly fraflowers.

The species is a cool to warm grower and is found on Iron bark trees or Brush box trees and needs regular watering while growing, but in the winter water should be given far less often

There are 2 distinct varieties, the first is found in rainforests on Brush Box trees and have narrow canes up to 10″ long and have dark green shiny leaves. The second variety is found on Ironbark Eucalypts in open forests with short stumpy canes that are crowded together with dull pale leaves.

This species and D odontochilum from New Caledonia are said by Kew to be synomonous but this species has a very acute narrow lip and thin, elongate tepals and appears to be quite different so I have left the 2 species separate. I need more information 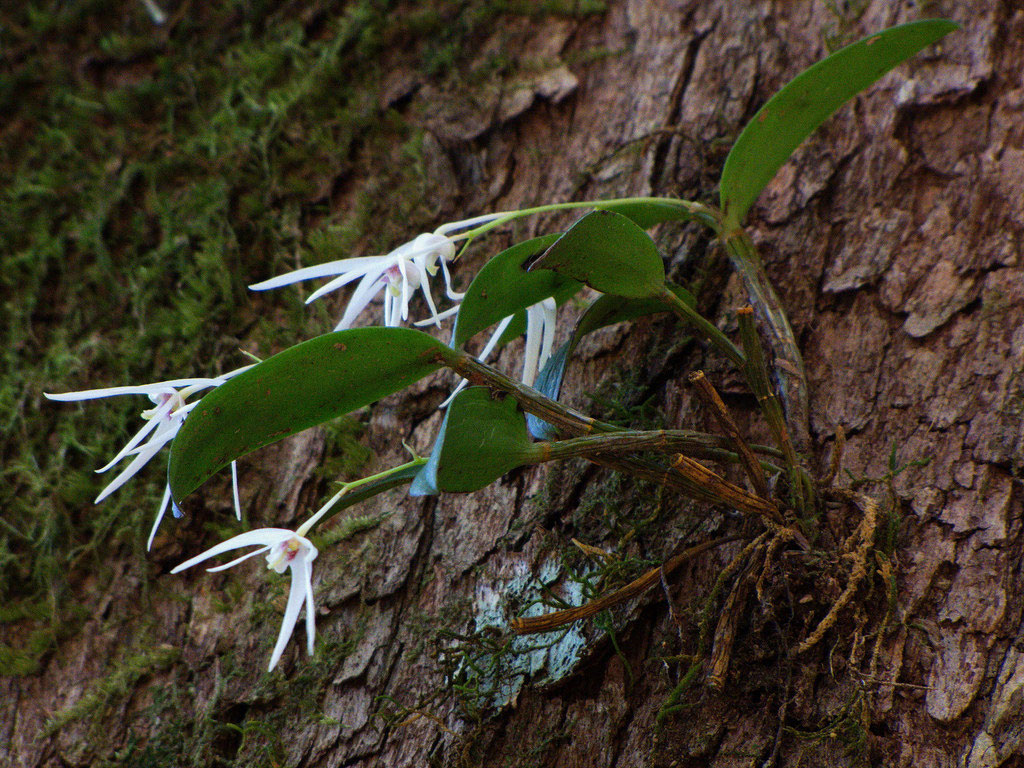 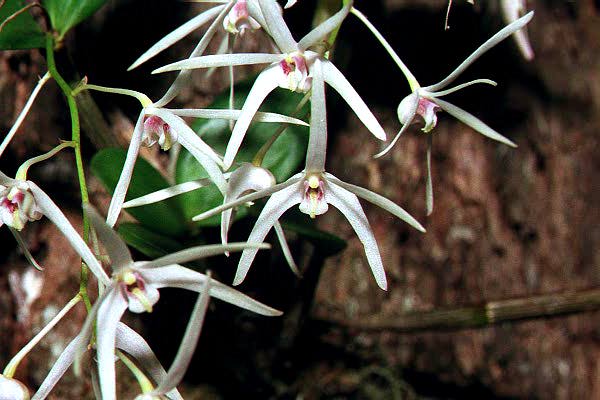 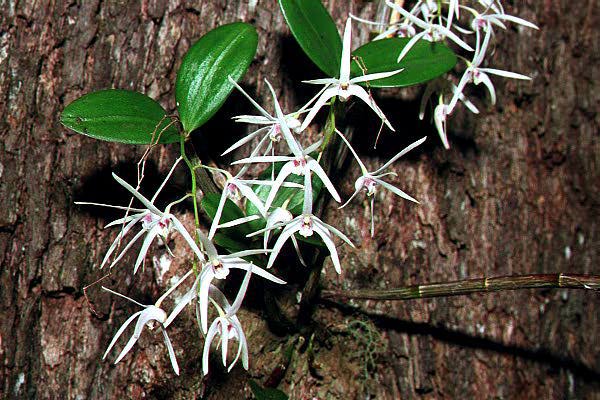 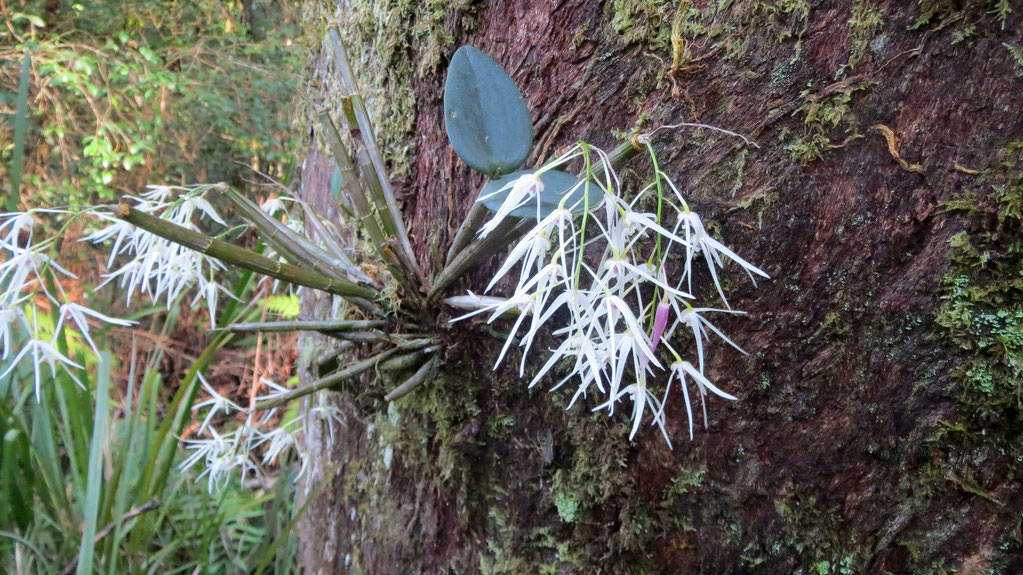 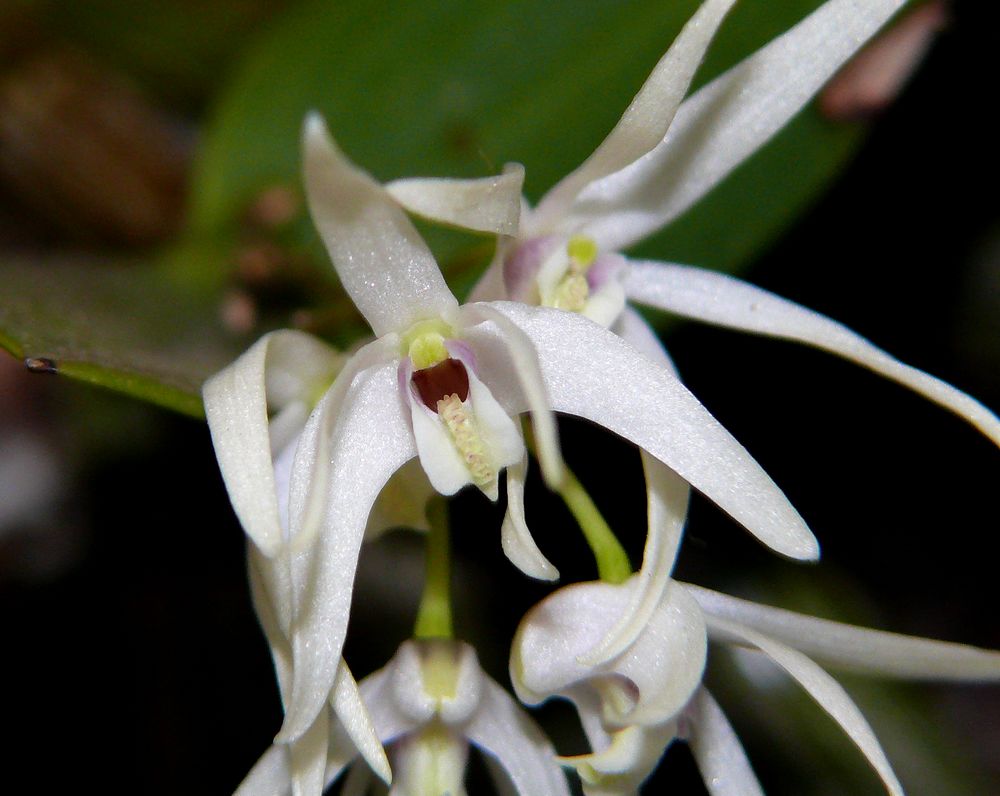